The Year of Privatization is New. Are there any successes?

Home NewsArticles The Year of Privatization is New. Are there any successes? 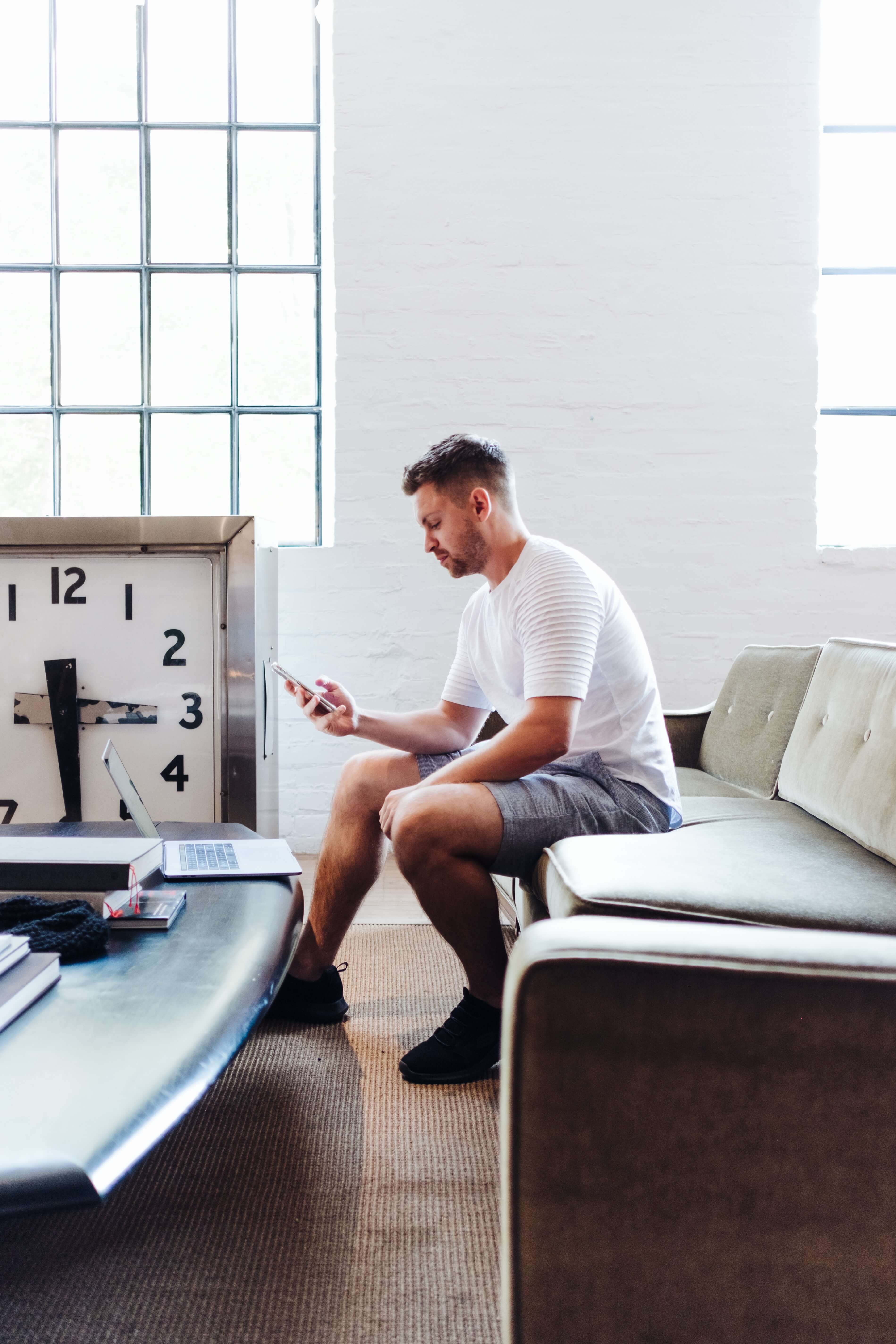 For more than a year, the country has been living on a new privatization law. What has been achieved during this time?

In January 2018, the Verkhovna Rada adopted the law “On the privatization of state and communal property.” On March 6 of the same year, the text was published by the Voice of Ukraine newspaper.

From this date, privatization in the country has earned under the new rules. What should have changed over this year?

At the stage of consideration of the law, the Ministry of Economy declared a number of priorities. Among them – the launch of small privatization through the ProZorro. Prodazhi system, the beginning of the privatization of large enterprises under the new rules, the separation of the functions of state property management and sectoral policy, supervision and control.

Did you manage to achieve this, let’s look at specific examples

Launch Small Privatization
Considering the indisputable successes of small privatization and examples of significant victories of Lviv and other cities, one conclusion suggests itself: none of the major domestic and foreign investors need saunas, abandoned construction sites, basements and sanatoriums. As a result, the reform was able to be implemented as a project.

Nevertheless, the privatization law was able to restart the mechanism for selling small privatization objects and showed successful precedents for privatization processes. Of the 1,454 properties put up for sale by state authorities on ProZorro.Sales from August to December 2018 inclusive, 423 were successfully sold.

The main problem for small privatization is the low awareness of a wide circle of investors about the list of privatization property and objects that might be of interest to them.

In addition, the powerful lobby in the Verkhovna Rada does not abandon attempts to disrupt the launched small privatization, which is manifested in separate legislative initiatives.

Sales of Centrenergo, for example, waited six years. On December 13, 2018, they planned to sell the company for almost 6 billion UAH, but two days before the auction, the SPF canceled it. Subsequently, analysts actively explained the reasons for the cancellation of the competition, arguing the need for such a step by reducing the value of the enterprise.

At the same time, the price of UAH 6 billion, established on the basis of the Ernst & Young estimate, is equal to the Triple Price / Net Income multiplier, which does not quite correspond to the potential of such a unique enterprise for the Ukrainian economy.

Payback under such conditions is a little over three years.

As already reported, two companies reached the final in the competition, from Belarus and Ukraine, but there is a suspicion that the competition was written for one participant. It is possible that the auction was canceled precisely because of this. Perhaps this is for the best: after the election, the company may rise in price.

The privatization of other facilities was thwarted by litigation regarding winning tenders for the right to be considered an investment adviser.

The winning investment company is the exclusive partner for finding an external or internal buyer and must accompany the transaction. The presence of an investment adviser in the privatization of large facilities is mandatory. It revitalizes the market for professional investment services.

Due to the lack of IPOs of Ukrainian companies for a long time, demand on the M&A market, placement of corporate bonds and a dead domestic stock market, domestic investment companies have shifted their focus to discounting bankrupt bank portfolios, speculating government bonds and currency, accompanying the purchase of collateral and discounting business debt to banks.

Investment companies invested their profit in buying up capital commercial real estate and the best representatives of the real sector of the economy in the context of its underestimated value.

There are no successful examples of investment companies fulfilling their obligations due to a short period of time from the date of signing agreements with the State Property Fund (SPF).

Separation of functions
In 2018, the Ministry of Economy was unable to separate the functions of the regulator of sectoral policy, supervision and control, and state property management. Despite the desire, the leadership of the ministry did not complete the division into two autonomous structures, reporting to different deputies of this department.

After the reorganization of the Ministry of Industrial Policy in 2014, the Ministry of Economy was subordinated to a significant number of enterprises. At the end of 2018 there were more than 140. This cargo contains no less corruption risks and inefficiency risks than the “suitcase” carried by the SPF.

Recommendations
What needs to be done to improve the effectiveness of property policies at the state level in the short and medium term?

Firstly, to develop a property policy, dividing the functions of state property management and sectoral policy, supervision and control.

Secondly, to introduce corporate governance principles in accordance with the recommendations of the G20 and the OECD, to switch to a dualistic management system with a smooth vector of movement in a centralized management system.

Thirdly, to restructure and corporatize state enterprises and banks with the possible placement of part of the shares on the stock exchange.

Fifthly, to remove the monopoly on the regulation of unusual areas of production, conclude leases of state and communal property exclusively through the ProZorro.Prodazhi platform.

Sixth, to approve a new dividend policy for public companies, to overcome the discriminatory conditions for privatizing state enterprises, concessions, and public-private partnerships.

And finally, to lift the moratorium on the privatization and bankruptcy of a number of non-strategic enterprises, to expand the powers of the State Audit Service in the field of supervision and control.

Given the declining dynamics of foreign direct investment, privatization should take place with the maximum attraction of foreign capital.

SOURCE: NBU
Foreign investment is a source of modernization, increased efficiency and industrial development. They start the flywheel of economic growth.

The world’s successful examples are the privatization of Skoda by Volkswagen, Petrom by Austrian OMV and others.

Corporatization of state enterprises
State blocks of shares can be more profitably realized for the state if they are placed on a domestic or international stock exchange. This will ensure the development of the stock market, the attention of private and institutional investors, minority shareholders, professional market participants.

Subsequently, this will restore the use of stock market instruments as a method of investing, saving, and developing capital.

Filling the stock market with stocks of quality assets and approving new dividend payment rules is a strategic priority of the state policy for the development of the financial sector. At the moment, the turnover of Ukrainian exchanges is formed by more than 90% due to operations with government bonds.

Holding state IPOs or Private equity in international capital markets can be several times greater than their current scanty appraisal and capitalization.
It is possible for banks and a number of enterprises to be placed on the Warsaw or London stock exchanges – following the example of the largest bank in Poland, Bank Pekao, with its subsequent sale to a strategic investor.

Privatization could be more economically beneficial for the state if it would be through open subscription of investors to a portfolio of shares. For example, in the second half of 2017, state-owned blocks of shares Kyivenergo, DTEK Zakhidenergo, DTEK Dneproenergo, DTEK Dneprooblenergo were sold.

In 2012, they were sold in the interests of the DTEK group at a reduced cost. In 2017, the value of the shares of these enterprises during privatization in terms of the dollar exchange rate was 2-10.3 times lower than in 2012.

Cost of shares during privatization

Despite the potential for growth in the value of state blocks of shares of oblenergo by at least three times, after the introduction of incentive tariff formation (RAB regulation), taking into account revenue growth, modernization of enterprises and monopolization of the market, the goals and results were similar to the goals and results of 2012.

Preparation and sale of enterprises was carried out in just two weeks. No one expected a reboot in privatization even under the new relevant law.

The State Property Fund tried to sell part of the objects to be privatized with an underestimated level of potential value, another part was disrupted, and some were implemented in a hurry before the law was passed. The influence of oligarchic structures on privatization processes after the Revolution of Dignity remained strong despite a change of power and a reset of management in departments.

Of course, there are objects that are not in demand. They will be sold cheaper than possible market value or at a Dutch auction, and someone will have to make a political decision to the detriment of their own reputation. When privatization is transparent on market conditions, the cost is not always primary.

The cost of these enterprises should not be equal to three years of payback, but should correspond to international indicators in the markets. When determining the cost, it is also necessary to use the method of evaluating analogues. In the meantime, government agencies are hiding behind the lack of demand for state assets.
A similar calculation is confirmed by the Center for Economic Research, according to their data, an estimate of the cost of 53 state-owned companies from the TOP-100 list for sale for the multipliers of countries with better ownership and management is $ 5.9 billion. However, the sale of these companies at the current level of the rule of law will bring the state budget at best 1.7 billion dollars. The calculation was made on the analysis of data from Polish companies analogs.

In recent years, there has been a fashionable tendency for Ukrainian corporations to create a positive pro-European image. I wish this did not become a screen for continuing behind-the-scenes privatization.

Given the enormous importance of the new profile law, in the conditions of the final stage of legitimization of property, in 2018, titanic work was done to balance the interests of beneficiaries of economic sectors for the adoption of the law on privatization. However, oligarchic structures and officials continue to sabotage the rules of the game.

Please do not hesitate to contact us. We will contact you within a few hours. Or just give us a call now.